I recently appeared on the NFT QT podcast to discuss my thoughts on NFTs and NFT coins. I specifically discuss my worries about scams, securities, and some things I find meaningless. 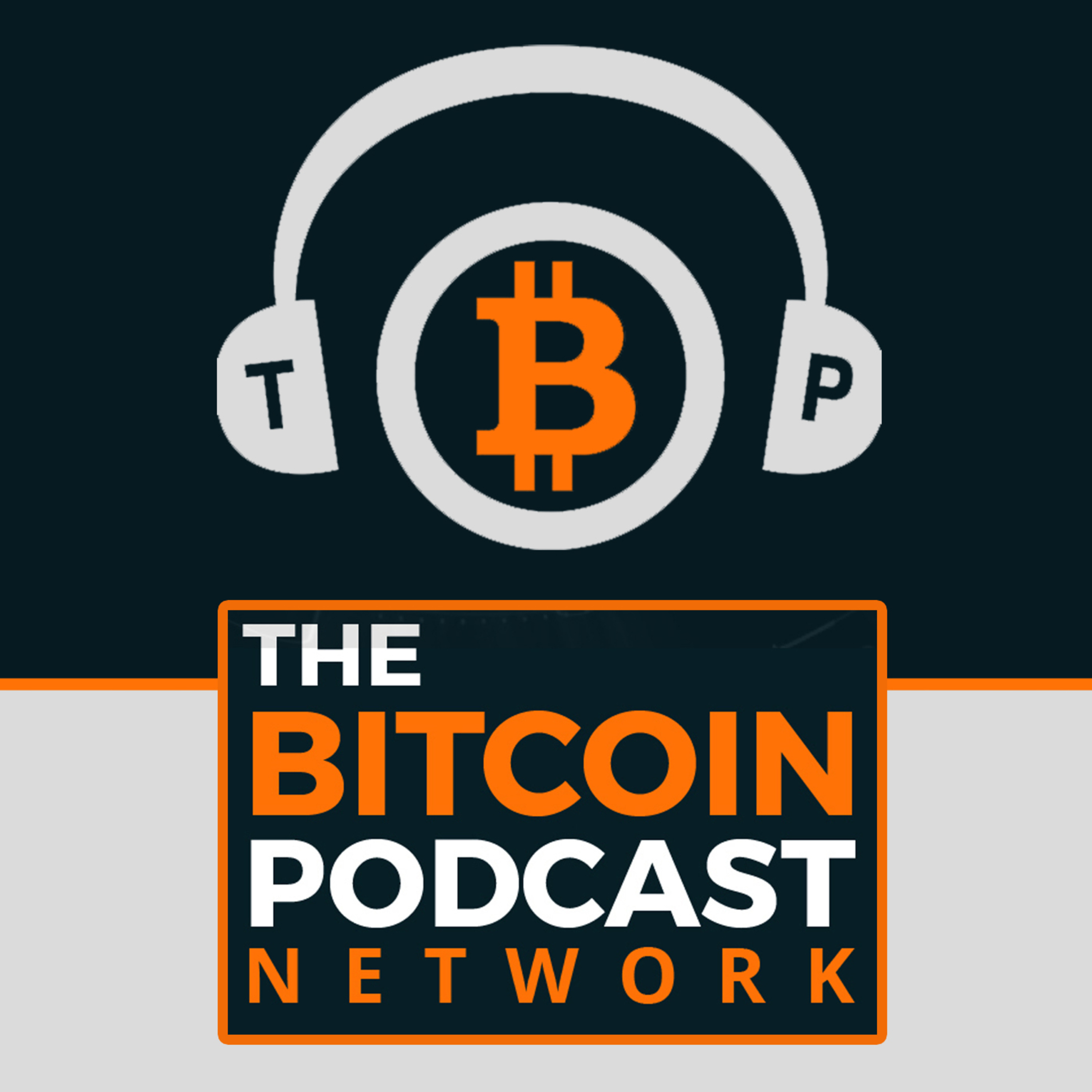 In this episode of the NFT QT Show, QuHarrison Terry and Ryan Cowdrey are joined by special guest Bennett Tomlin, co-host of the Crypto Critics Corner podcast. He’s a data scientist that is fascinated by tracking down fraud in crypto-related projects. We cover topics including:– Spotting scams or fraud in crypto-related projects– Comparing / contrasting securities and NFTs– Relating the failures of early utility and governance cryptocurrencies with today’s NFT projects– Bennett’s take on NFT-related coins and SEC regulationFor more information on the topics discussed in this episode, head over to NFTQT.com

(This article was originally published at Coindesk)

Janet Yellen, the secretary of the U.S. Treasury who recently convened the “President’s Working Group on Stablecoins,” has warned specifically about their risks to the financial system and national security. “Depending on its design and other factors, a stablecoin may constitute a security, commodity, or derivative subject to the U.S. federal securities, commodity, and/or derivatives laws,” she said. This certainly leaves some ambiguity.  However, “in the next few months” we may hear what they recommend.

Opinions on the appropriate regulatory framework for stablecoins are varied from those who believe that the current money transmitter adjacent framework is appropriate, to those who believe they are more likely going to end up as regulated as banks, to the regulation enthusiasts who believe there should be no space for stablecoins.  It’s apparent that many of the U.S. top policy makers are working on exactly that question, even though there still exists disagreement.  What is certainly clear is that this $130 billion industry has drawn the attention of powerful people.

Gary Gensler at the U.S. Securities and Exchange Commission is suggesting that “stable-value coins” may be securities.  It seems clear that he is trying to tie them to stable-value funds, a fund design that the SEC already claims jurisdiction over.  If stablecoins, or at least stablecoins backed by non-cash assets, are securities then they will no longer be useful for the things that they are now.  It seems unlikely that they would be able to continue to move and trade unimpeded across censorship-resistant global networks.

Some cryptocurrency companies took a decidedly proactive approach and tried to find existing regulations that they felt more adequately covered what their stablecoin would do.  Avanti, a Special Purpose Depository Institution, a bank with only a state charter, created under new legislation in Wyoming, seems to believe that the Uniform Commercial Code, which (in part) dictates standards for bank notes, would allow for the issuance of a “digital bank note.” If their token is considered a bank note then it will be explicitly exempted from regulation as a security.  This also may in part explain why Paxos has a bank charter and Circle wants one.

The Office of the Comptroller of Currency has issued guidance that makes it clear that banks are allowed to use stablecoins as part of their normal business, including payments, and that they can hold reserves for stablecoins. This suggests that the path forward for stablecoins may look an awful lot like being a bank.

However, it may be difficult for depository institutions like Avanti to gain access to Federal Reserve master accounts.  The Narrow Bank, an earlier proposed bank which would have parked their funds at the Federal Reserve and then passed on higher interest rates to depositors, has so far not been able to get such access.  Both Kraken and Avanti have applied for Federal Reserve access and so far neither has been accepted.  Lack of access to the Federal Reserve payment rails would make running a stablecoin more difficult, or require Avanti and Kraken to rely on other service providers who do have access through federally chartered banks.

A new piece of legislation called the STABLE Act will create a framework for stablecoins and other money transmitters where they would be obligated to keep all of their reserves at the Federal Reserve. Under a framework like the STABLE Act there is a much better path towards a more narrow stablecoin issued by a bank.

There may still be significant legislative, regulatory, and political hurdles related to effectively creating a new type of bank. Furthermore, the STABLE Act is not just limited to what those in cryptocurrency consider stablecoins, but would likely involve a wide array of money transmitters, and may even change things for companies such as PayPal.

But it’s not just issuers who are eyeing the banking system as a model. ​​Federal Reserve executives, like Governor Jeffrey Zhang in his article “Taming Wildcat Stablecoins,” have proposed bringing stablecoin issuers into the broader bank regulatory framework. While the Federal Deposit Insurance Corporation (FDIC), a federal agency, is reportedly studying how to extend deposit insurance to stablecoins to help protect users. Meanwhile, the Biden Administration has stated it thinks stablecoin issuer are at least “bank-like.”

The Digital Asset Market Structure and Investor Protection Act outlines a process where every stablecoin issuer to apply to the Treasury, at which point they check with the Federal Reserve, the SEC, the CFTC, and banks and they decide whether or not to approve the stablecoin.

If this passes (it’s currently in committee in Congress), any unapproved stablecoin – including any digital asset pegged or collateralized significantly by any fiat currency – would then be unlawful.  However, this would provide a path for approved stablecoins to avoid being considered a security.

It is difficult to say exactly how this will play out. My intuition is that a new type of banking charter will be created that will allow stablecoin issuers to access Fed master accounts and there will be an expectation that stablecoins will hold their reserves there.  It also seems reasonably likely that the Treasury gets their way and stablecoin issuers will need to register with the Treasury. I expect that securities regulations may be part of the cudgel that will be used to help ensure that the only stablecoins are the “approved” stablecoins.

The end result of this will likely be that any stablecoin issuer that wants to continue operating would need to become a bank and is going to have significantly less flexibility with what they can do with their reserves.  Those that choose not to register or are not approved are likely to have difficulty accessing the U.S. banking system. They may have trouble servicing redemptions, and may perhaps even find themselves aggressively pursued by regulators.

The effect on the average crypto user is likely a degradation of their experience using stablecoins. However, there will be significantly greater certitude surrounding the backing and safety of the token, and regulators will no longer have to worry about them being an existential financial risk. In effect the government may take the private money that is stablecoins, and integrate it into the banking regulation framework so that it can become publicly guaranteed.

Today Bennett Tomlin and Cas Piancey are joined by Blockworks author Sam Reynolds, a Taipei-based reporter, who discusses the early history of Tether in Taiwan and what can be implied by their issues with their early banking partners.

In this episode Cas and I are joined by Sam Reynolds of Blockwords to discuss the importance of Taiwan to the Tether story. Taiwan is where Tether originally started and where they originally banked.

Bennett Tomlin and Cas Piancey talk about a huge investigative drop from the International Consortium of Investigative Journalists: the Pandora Papers. The leaks will help the public understand how the rich, famous, and politically connected are able to evade taxes and move money without anyone knowing. If you'd like to read about the Papers yourself, please visit https://www.icij.org/investigations/pandora-papers/ If you'd like to donate to the ICIJ, please visit https://checkout.fundjournalism.org/memberform?org_id=icij&installmentPeriod=monthly&amount=10&campaign=701f4000001A4kF

In this episode Cas and I discuss the Pandora Papers, why they are important, what has been revealed, and most importantly why this type of journalism is so valuable and so important.

I have struggled for years to parse Tether’s behavior. It is very difficult to determine which of their inexplicable actions are motivated by incompetence, by negligence, by desperation, or by malice. Were they unbacked because they were taking advantage of their users, because they thought they had no better option, or because they didn’t realize that their disclosure was inadequate? More recent reporting has started to bring it into focus for me, but this post is going to be much more speculative than is my usual ilk. Take statements of fact as that, but when I speculate on the intent of Tether or its executives be sure to keep the appropriate amount of salt handy.

In this episode Cas and I discuss what we call the ‘first stablecoin’ Liberty Reserve. Liberty Reserve was a digital representation of a dollar that was marketed based on its censorship resistance that was frequently used for illicit acts and was shut down thanks to massive cooperation between regulators and law enforcement.

I wrote about Liberty Reserve: