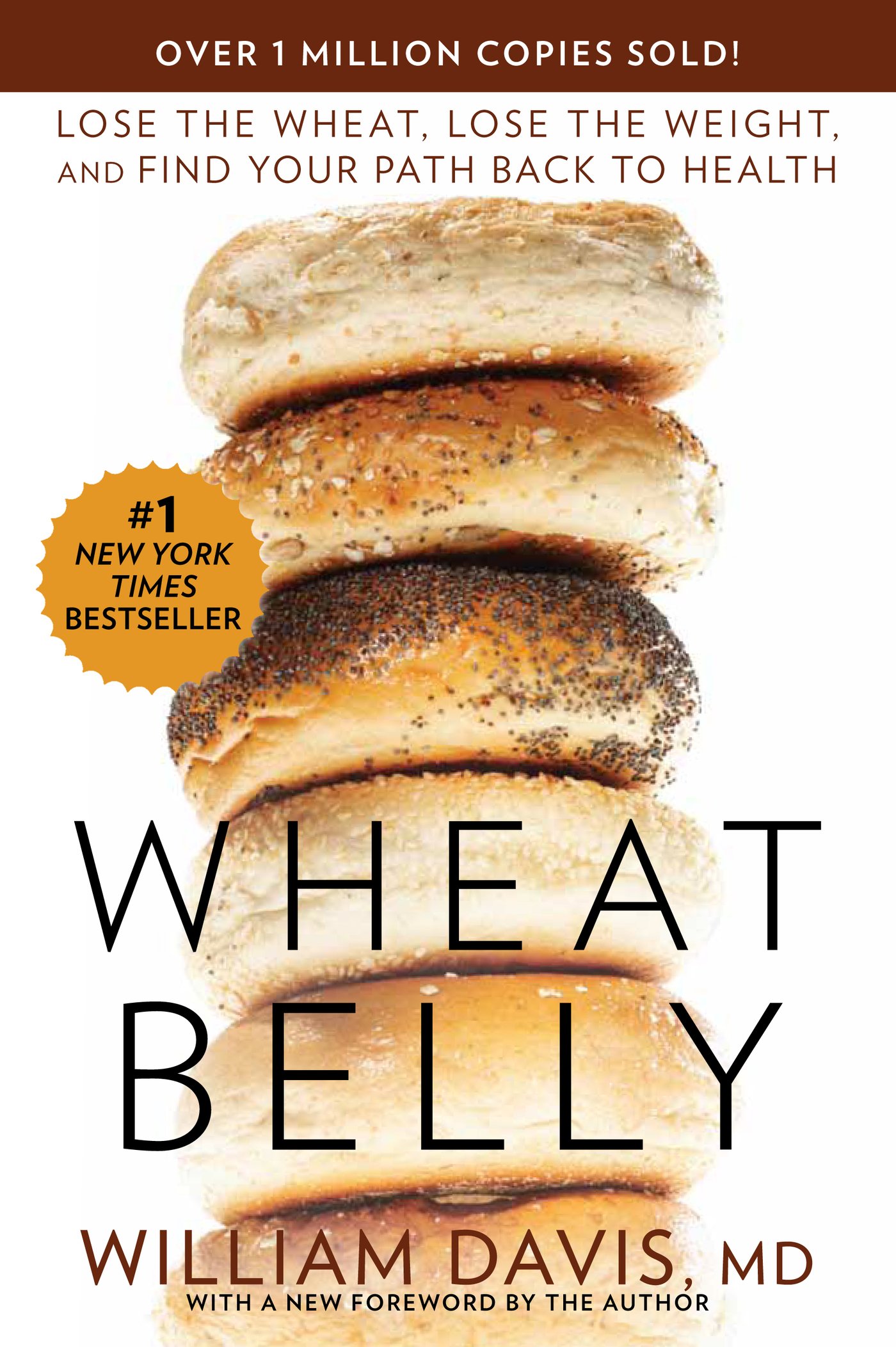 Wheat Belly by William Davis MD is a popular diet book in which he advocates for a diet free of wheat and some similar grains.  Dr. William Davis MD is a preventive cardiologist who over many years of his work and his own experience often found an improvement in his own and patient’s health with the removal of wheat.  He observed that for him, following the recommendations to consume more whole-grains resulted in torpor and weight gain,.  Once he removed the wheat from his diet he found that he had more energy, and very quickly lost the weight.  This was a telling moment for him, because it was when he started to question the established recommendations and consider alternative diet options.

The book presents several different features of wheat that Dr. Davis feels makes it unfit for human consumption.  The primary thrust of the argument is that the wheat we consume now has been modified and hybridized so that the structure of their proteins no longer resemble the original structure.  These changes in the structure cause a variety of problems, including gastrointestinal distress, mental fogginess, fatigue, and a variety of other problems.

It is difficult for me to determine the validity of his scientific evidence in this short of a space, so this review will instead be followed by several posts including in depth analysis of his arguments.  What I can say for certain is that everything is well cited and seems well supported based on just looking over the references.

There are a couple of different points of his argument where it seems to be lacking, for example there is a short part in the book where he performs a comparative experiment between a piece of bread made from heritage grains and a piece of modern whole grain bread.  The modern whole grain bread causes him intense discomfort and a variety of malaise, however the heritage grain does not cause these same symptoms.  His argument could be made more convincing, by perhaps further illustrating the differences between these heritage grains which may be safe to eat and modern wheat.

Overall, this book serves as an interesting challenge to the status quo in terms of dietary recommendations.  It is well researched and despite having some areas that are a little bit lacking it is still an excellent introduction to an alternative diet.  I highly recommend this book to begin your thinking of alternative diets.